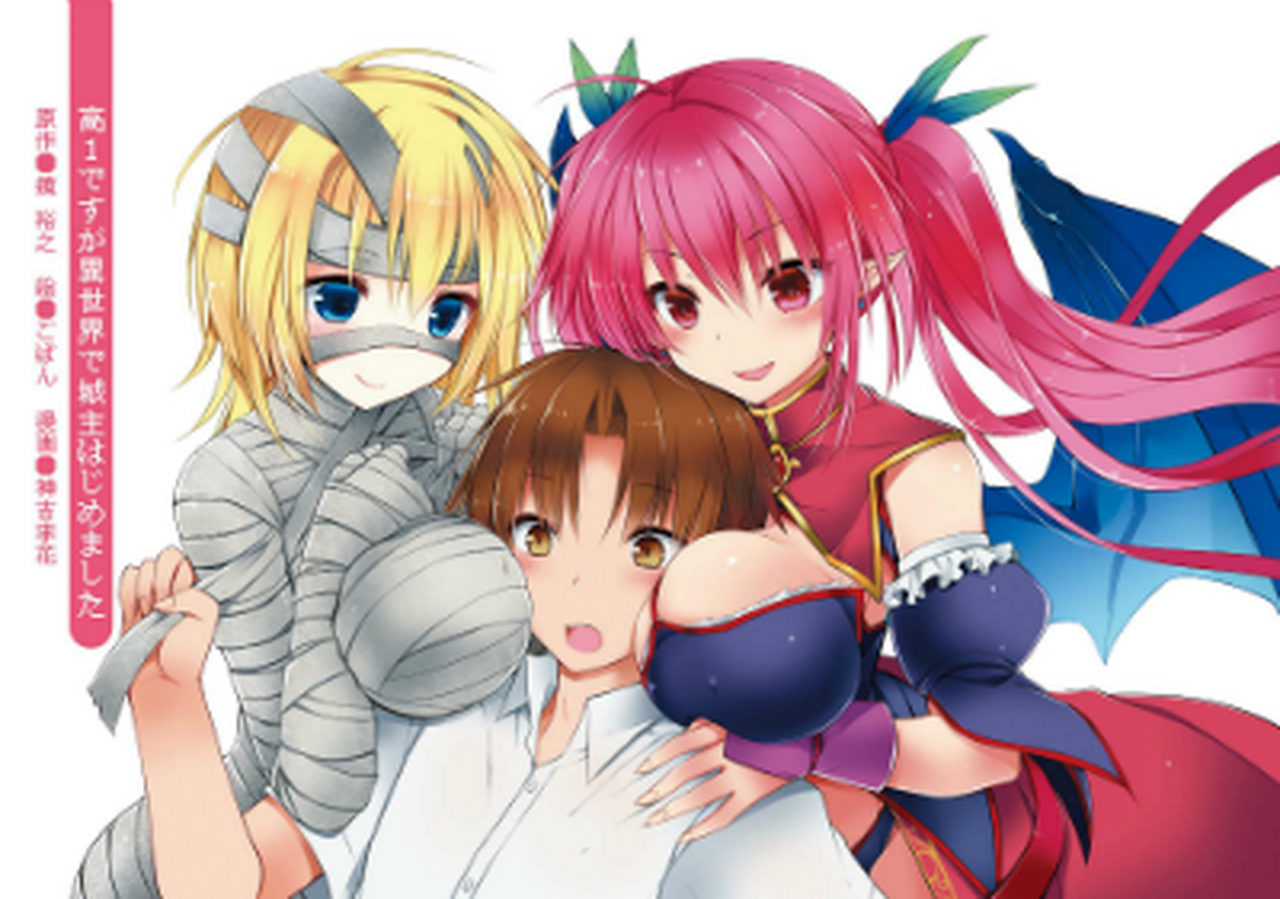 What's on your mind?

The preview has already coming out and already things are getting even tense when all of the aristocrats (with the exception of Felkina of Sigil and Limbeld of Lusinia) loathed Hiroto and the vampire so much that they actually threaten to start a revolt against Leonidas so long the new king refuse to comply to their demands of impeaching Hiroto and the vampires. In my past experiences in reading this series, out of any enemies Hiroto have confronted, both externally and internally, Hybride's aristocrats (specifically the Anti-Hiroto Faction) are his worst enemy because of their pride and ego but I never seen such hostility from these guys into wanting both Hiroto and the vampires to be exterminated, to the point raising arms to rebel no less. Even Ramsus-one of the villains in the series-find the aristocrats' behavior has gone too far but alas, they are too bigoted to listen to reason.

Considering Volume 18 is Part 1 because it ended with a cliffhanger, Volume 19 is Part 2 of this new arc and it expected to be even longer than the last one. Whether this is a climax of the entire arc or not, only time will tell if Hiroto have enough Uno-Cards to turn things around. Keep in mind since Light Novel Volume 4 (or rather Manga Chapter 39), Hiroto remembered his father's words about "Opportunities usually comes from the Negative Form" and it is often used to overturn his disadvantages and change the tide into his favor. Well, this one will going to be the biggest test of them all because he is now facing the wrath of his enemies who want him dead.

Normally, I will chronicling the preview chapters but since this is rather long, I would only abridge it by taking some of the important context from said preview chapter and dice it so people can get what they are into.

Oh, and there is an extra trivia

OK, this may may going to surprise you but believe it or not, the Volume 19 will be on sale on May 1st 2020 and seemly continuing what has left off in Volume 18, meaning that Volume 18 is the first of its series to end with a cliffhanger So here is the raw version of the teaser summary for the upcoming Volume 19.

As you can see, If the description about Volume 19 says anything, this means, Hybride is on a verge is on the verge of civil discord because when Hiroto and the vampires are on the verge of impeachment due to the ongoing feud . If that doesn't give you an idea how vindictive and selfish aristocrats/noblemen truly are just to oust Hiroto from power disregarding the ramifications for the kingdoms, I dunno what will.

OK, this is the first spoiler coming from the latest Volume, the 13th Volume but because the book is long by its chapters, so I would only going to make the abridged version of it

1.Right on the bat, a new characters are introduced: Nestoria the female archer and also a Female Security Leader to Prince Urseus. Both of them are situated at Rusinia-a location that is located at the boarders of Hybride Kingdom, where Nestoria kills 10 bandits with 10 arrows and also rescuing Count Falby.

2.Meanwhile, Raquel visits Nasar I-the King of Magia Kingdom who succumbs to his illness but telling Raquel his dream: meeting the Vampire Clan and yearn to see Hiroto after hearing Raquel's story about him. Sadly, Nasar I passes away afterwards, therefore Urseus succeeds late king as the new king. Unlike Nasar I however, Urseus is not a type a guy who willing to keeping the peace in the kingdom.

3. It appears that Magia Kingdom is not the only one who deems Hiroto and the Vampire Army as a threat. Regulus Republic, a home to the elves, also viewing the vampires as the enemies as well. So, Nestoria is sent to meet Hiroto in regards of proposal of the coalition between Magia Kingdom and Hybride Kingdom, though at the same time she is testing Hiroto. For some reason, Hiroto rejects Nestoria's offers and keep countering her arguments.

4. Raquel meets with Zalia, the elven Prime Minister of the Magia Kingdom, in regards of stopping Magia Kingdom's feud with Hybride Kingdom but Zalia refuses as she deems the Vampire Tribe to be dangerous

5. Just as the negotiation between Moldius and Zalia is underway, Soichiro and his allies manage to intercept the negotiation and tell everybody about Magia Kingdom's scheme. Even after the confrontation, Zalia refuse to acknowledge the vampire and claims that there will be no peace between both Hybride Kingdom and Magia Kingdom.

6. At the battlefield, with the combination of the Vampire Army as well as Phyllis Army's tactic, Magia Army is severely beaten with mounting numbers of casualties (1,200 dead peoples, to be precise). While Hiroto and the Vampires are celebrate their grandest achievement, Zalia and Nestoria meanwhile are completely frustrated due to Magia Army's devastated lost to the point she lamenting for unable to make Urseus's dream a reality. It only takes Nestoria's persuasion that prompts Zalia to give up on attacking Hybride Kingdom.

7. So, in the following aftermath Zalia and Nestoria meet Hiroto as the latter smiles and tell them to keeping the peace between both kingdoms, which Zalia begrudgingly agrees. On the way back to Magia, Zalia remarks about Hiroto's intellect and the Vampire's prowess that exceed her anticipation; though it doesn't mean the end of the feud between Magia Kingdom and Hybride Kingdom.

8. Back in Hybride, Hiroto and his allies are having a audience with King Moldius I who is thankful to Hiroto's success on repelling the Magia Army. Due to the aid from the Vampire Army and Phyllis Kingdom, as well as some aid from Felkina, Moldius opts to reward Hiroto some prestigious reward against his Finas's worry (his minister) due to his trust on Hiroto.

10. 2 days later, Felkina meets Moldius who tells her that, courtesy of Hiroto's mercy, her punishment is eventually lifted; meaning she can meet Joachim. This prompts Felkina to feel remorse for her mistreatment towards Hiroto.

11.Before leaving for Phyllis Kingdom, Hiroto is stopped by Felkina who thank him for his mercy, indicating her own openness towards Hiroto in the end. Later, Hiroto, Valkyrie, Curele and Soichiro

12. Nevertheless, Magia Army's defeat by the Vampires has spread across the continent: Urseus is appalled to hear his army's defeat via Zalia and Nestoria's report, Esh is seen delighted to see his army's victory, and Regulus Republic, themselves is in hot water but planning on attacking Phyllis's capital; which is rumored from the request of Urseus.

This is the place to talk about your favorite topic, to share news, theories, ideas, and to connect with others.

To learn more about what you can do here, check out community.wikia.com/wiki/Help:Discussions

If you're an admin on this community, read more about how you can customize your Discussions and set up guidelines for contributors: community.wikia.com/wiki/Help:Admin_and_Moderator_Tools_in_Discussions